Chirata Health Benefits And Side Effects

Chirata plants are found in mountainous areas and have purplish-blue flowers. The bioactive compounds in the Chirata plant cause it to have a bitter taste. Chirata has many names depending on where it is located. In Sanskrit, Charity is called Anaryatikta (Bhunimba), Chiratitka (Chiratitka), and Karate. It is also called Qasabuzzarirah in Farsi and Arabic. It is known as Chiaravata in Urdu. In Burmese, Sekhagi, and Nepalese it goes by the names Chirrato, Chiraita, and Chirrato in the Urdu language. Because it is found in the forests of Nepal, it is also called the “Nepali Neem”.

Chirata, an Ayurvedic traditional herb, has been used in medicine for centuries. It has a wide variety of medicinal uses. This includes the treatment of fevers and malaria, liver disorders. hepatitis. constipation. ulcers. skin diseases. epilepsy. asthma. diabetes. It is also known to possess antifungal and anti-inflammatory, antibacterial. antimalarial, antiaging, antidiarrheal, and antimalarial properties.

Chirata can also be used to make alcoholic and non-alcoholic drinks. To reduce bitterness, it is recommended that you take Swertia capsules with honey.

Parts used: The roots are the most bioactive, but all parts of the Chirata plant can be used. 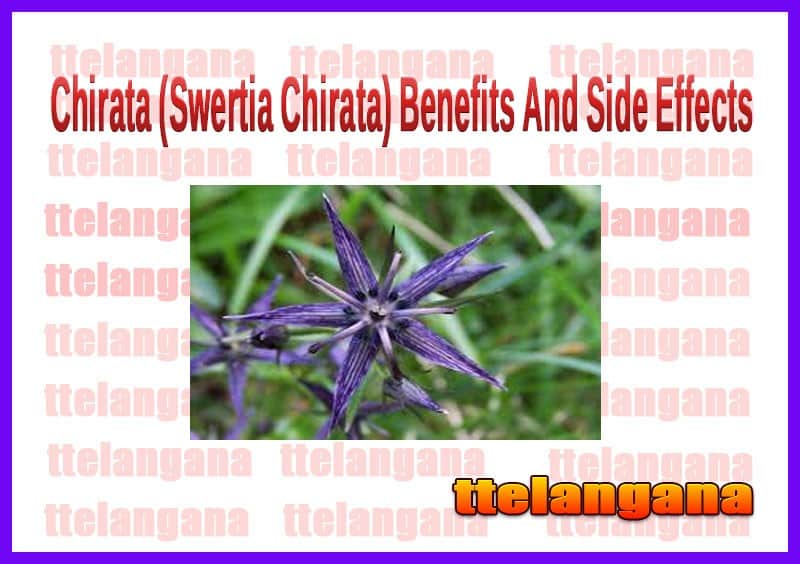 National Region and Geographical Distribution of the Chirata Plant: This plant is found in India’s cold mountainous regions, including the Himalayas, Kashmir, Himachal Pradesh, Bhutan, and Nepal.

Interesting fact: This plant’s increasing use and the damage it causes to its environment by deforestation have resulted in a decline in its population. This plant is on the brink of extinction.

Traditional medicines have been using the Chirata plant since ancient times. It is a healing herb that has been used in Siddha, Unani, and Ayurveda forms of treatment. It is being used in modern pharmacopeias because of its amazing properties.

Diabetes is a serious condition in which blood sugar and blood glucose are too high. When carbohydrates are consumed or metabolized, glucose is created. Insulin is a hormone that takes up glucose from the blood. Diabetes can cause impairments in insulin function or production. Numerous studies have shown that the Chirata herb has anti-diabetic qualities. The Chirata herb stimulates insulin secretion in the pancreatic cells, lowering blood sugar levels.

The liver is an essential organ for the functioning of the body. It helps to cleanse the blood of toxins, store energy, and aid in digestion. Chirata contains important antioxidants that can protect the liver from many liver diseases. Recent research on the Chirata herb revealed that it had anti-hepatitis B properties that could help prevent hepatitis B and destroy the hepatitis virus.

Because of the many antioxidants found in the charity, it is well-known for its antiviral and antihelminthic qualities. Research has also shown that Chirata can be used to decrease the growth of the herpes virus. Chirata’s antiviral properties are similar to that of acyclovir, a common antiviral drug.

Chirata is an anti-inflammatory

Numerous studies have shown that Chirata has anti-inflammatory properties. Many chemical compounds found in the Chirata plants have been shown to reduce inflammation. Further studies have confirmed the anti-inflammatory properties of Chirata. It has been shown to have some analgesic properties. Although clinical trials have not yet been conducted, Chirata is gradually becoming a safer and more natural treatment for pain and inflammation.

Traditional medicine has used Chirata to treat colds, flu, and fever. Chirata is an important component in many ayurvedic antipyretic remedies. Animal models showed that the bioactive properties of the chiral root were capable of producing a significant decrease in body temperature.

Anemia is defined as a deficiency in hemoglobin and red blood cells. Hemoglobin, a protein that binds oxygen and transports it to the tissues of the body, is known as anemia. Low hemoglobin levels can cause fatigue and weakness. Iron supplements and healthy eating are the current treatment options. Traditional medicine has many anti-anemic herbal remedies. Chirata, a natural remedy that helps the body produce enough red blood cells to alleviate symptoms of anemia, is Chirata.

Preclinical studies have shown that Chirata leaf extracts can improve hemoglobin, RBC, and other hematological variables. In a contrary study, however, there was no significant increase in hemoglobin or RBC after high doses of Chirata methanol extracts. More research is needed to confirm that Chirata has anti-anemic properties.

Chirata, being a bitter herb is extremely beneficial to people with stomach problems such as constipation, nausea, or vomiting. Chirata can help strengthen your stomach. It increases the production of gastric juices, which can improve digestion. Chirata also improves the secretion of bile from the liver, which aids in digestion.

Malaria is a condition that results from the bite of an infected female Anopheles moth. Anemia, fever, and muscle aches are some of the symptoms. Chirata may reduce the symptoms of malaria by having anti-anemic and antipyretic properties.

Research has shown that 500mg of charity tablets can reduce the severity and duration of malaria within one week. Further, it was claimed that the supplement had no side effects.

Cancer is the abnormal or uncontrolled growth of cells in your body. It is becoming increasingly important to find a cure for cancer. Chirata is one natural herb that has been studied for its potential anti-carcinogenic properties. Numerous studies have shown that Chirata may be anti-cancer. The herb is capable of stopping the growth of cancer cells, according to studies on stems and eaves extracts from the Chirata plant.

Studies in vivo suggest that extracts from the Chirata plants can reduce the spread and spread of skin cancer cells.

To date, however, there have not been any human studies to confirm the same effects on cancer cases.

Although charity is a traditional medicinal herb, some people may experience health problems due to its potential to cause adverse reactions in their bodies.

There has not been a proper study on the effects of Chirata in pregnancy or breastfeeding. To be safe, it is best to not consume charity during these periods.

Chirata has been recommended for diabetic patients because of its anti-diabetic properties. If you have diabetes or are on medication, you should avoid Chirata.

Avoid Chirata if you’re about to have surgery. It can interfere with sugar levels during the procedure.

Before you consume Chirata, consult your doctor if you have peptic ulcers.

Some people may vomit from the bitterness of Chirata.

Chirata, a miracle herb, can be used to treat many ailments. It is also at risk of extinction. The miracle plant may disappear from our future generations if we don’t pay enough attention.