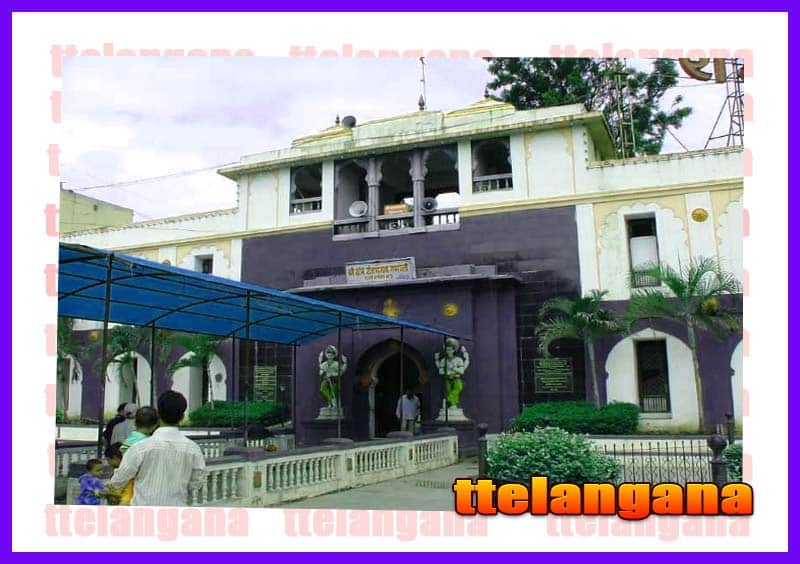 As per a Hindu mythological legend, a sneeze by revered saint Grutsamad resulted in the creation of a lad named Tripurasura. He learned the Ganesh mantra from his father & invoked Lord Ganesha, who granted him a wish to be the most powerful being whom nobody but Lord Shiva alone would be able to destroy, after which Tripurasura would attain salvation. Tripurasura became very vain & arrogant on getting this wish & proceeded to wreak havoc wherever he went. He first took over the netherworld and then the heavens, including Lord Indra’s abode. Even the most powerful Gods & Goddesses could do nothing to defeat him. He even cunningly got a boon from Lord Shiva and took over Mount Kailash, the abode of Lord Shiva. Finally, he started creating mayhem on the earth itself.  With all the worlds conquered, the vain Tripurasura started worshipping his idol as he considered himself to be the most powerful being.
Terrified of Tripurasura, the heavenly Gods approached Lord Narada for advice. Lord Narada told them that since it was Lord Gajanan who had made Tripurasura so powerful, they should pray to Lord Gajanan only. Following this advice, the Gods recited the 8 Ganesha stotras which Lord Narada had taught them. These stotras are known as Sankatnashan [read the words of Sankatnashan stotra here]. Lord Gajanana, on being invoked, then said that whosoever said the Sankatnashan before trying to conquer/overcome all obstacles would be successful.
Subsequently, the Gods decided to request Lord Shiva to destroy Tripurasura since, as per the boon granted to him, he would die only at the hands of Lord Shiva. However, Lord Shiva was unsuccessful. He realized this was so because He had not recited the Sankatnashan stotra. Once He had recited it, He was immediately able to get a special beej mantra from Lord Gajanana & with a single arrow killed Tripurasura.
It is believed that the place where Lord Shiva invoked Lord Ganesha & defeated Tripurasura is Ranjangaon (the word Ranjan means the delighted one), before which it had the name of Manipur.
According to history, the temple was built between the 9th & 10th centuries. Temple is so constructed that sun rays fall directly on Shree Ganesha’s idol. Since this temple was on its way to war, Shreemant Madhavrao Peshwa used to halt here have Mahaganapati’s darshan. Madhavrao  Peshwa made a room in the basement of the temple to keep the idol of the lord Ganesh.  He had constructed a stone sanctum around this swayambhu or self-emanated idol. In 1790 A.D he gave a hereditary right to perform pooja of Mahaganapati to Shri Anyaba Dev. The Temple hall was built by Sardar Kibe & Owaris (several small apartments erected along the course of the enclosing wall of the temple) built by Sardar Pawar & Shinde. Famous hermit Morya Gosavi presented an idol made of five metals to Shri Anyaba Dev. This idol is taken out in procession on festive days.
Nagarkhana is situated above the entrance gate. This Nagarkhana was inaugurated by Maharashtra’s honorable Chief Minister Shri Manohar Joshi on 3rd May 1997. The main temple looks like a temple from the Peshwa period. Temple facing east has a huge &amp; beautiful entrance gate. Idols of two doorkeepers namely Jay &vijay are present near the gateway.

In Ranjangaon, villagers do not bring the Ganesh idols to their houses, instead, everybody comes to the temple for Ganesh pooja, in the month of Bhadrapada.
There is a special 6-day festival in the month of Bhadrapad, during which Mahabhog is offered to the temple deity on the fifth day. During this festival, the temple deity is also taken around the area in a flower-be-decked palkhi (palanquin).
Large crowds gather during this festival to also witness the wrestling matches which are specially organized at this time.
On the sixth day, devotees take darshan of murti & then go to Mahaganapati’s temple by performing Lotangan (prostration) on the way. (logan means proceeding by rolling one’s self over & over).
Puja Schedule:-Temple remains open from 5:30 in the morning till 10 at night.

Ranjangaon Ganpati Temple How To Reach

By Road:–
Regular buses from Pune Station & Shivaji Nagar are available. While going from the Pune – Nagar highway the route is Pune – Koregaon – then via Shikrapur. Rajangaon is 21 km before Shirur. From Pune, Ranjangaon is 50 km.
By Rail:-
The nearest Railway station to ranjangaon Ganpati is Yevat which is located around 29.4 km distance.
By Air:-
Hadapsar Airport is the nearest airport which is 43.4 km from Ranjangaon.